Wat Chalong or the official name is Wat Chai Tharam is a famous temple of Phuket, if anyone comes to Phuket to visit the worship of Luang Por Cham of Wat Chalong to be auspicious. Sacred story Fame in the treatment of disease. The merit and mercy of the noble father of the faithful. It is said that while he was alive, there were those who waited for gold to follow his arms and legs until the yellow glittered around with the gilded Buddha statue, and though Luang Por Chet died for hundreds of years. Last year Reputation And his glory is in the memory of the people.

Wat Thalang, which is a long time in Phuket. The temple is the only Buddha statue that emerges from the earth. There are also nearby local museums. It is a collection of objects and belongings of former Phuket residents. The legend of Phra Phut has a history that when the battle of Taungang troops came to the city of Thalang in 1785. Burmese soldiers tried to dig up the Buddha to bring back to Burma. But dug down at any time there is a herd. Sting the striker until the effort. Later, the villagers brought gold. Buddha image Only half of the land is visible to the present.

If anyone has had a chance to visit Phuket, then do not visit the sunset at Promthep Cape is not yet known or called as a tourist that is not typical of Phuket. Promthep Cape is one of. The most beautiful sunset in Thailand. It is the southernmost tip of Phuket Island, about 19 km from the city. It is a curved spur to the sea. Surrounded by palm trees that are lined up. The grass on the right hand side is Nai Harn Beach and Ko It. On the left, you will see the beach in Ya Ya, a small beach. Near the evening, come to watch the sunset at Cape Prom. If you come to a good weather, the sky is open with little clouds, the sunset at Promthep Cape is very beautiful. If coming in the summer, there is a beautiful golden field covered. See Koh Kaen Noi Koh Kaew and Kao It in the rainy season will be. Is green around Promthep Cape is a large rock with strong wind waves to see white waves. The rocks are beautiful.

Call it When coming to Patong, many of the resort’s many resorts are serviced. Phuket is the busiest area. The night market has a pedestrian walkway, no walk. I want to find a quiet and quiet with the gangs are available to find all types.

The bustling second is Patong Beach. It is still crowded with restaurants and beach accommodation. Caucasian sunbathe as a squid ever.

A beach with many restaurants and souvenir shops lined up to choose from. Suitable for eating seaside food rather than water. This restaurant is delicious.

Top 10 things to do in Phuket! 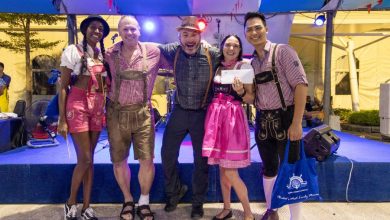