Phuket is Thailand’s largest island (360 sq mi/930 sq km—about the size of Singapore) is the pearl of the Andaman Sea, and is the second-smallest province of Thailand. The island’s length, from north to south, is 48 kilometres (30 mi) and its width is 21 kilometres (13 mi).

The island is mostly mountainous with a mountain range in the west of the island from the north to the south. The mountains of Phuket form the southern end of the Phuket mountain range, which ranges for 440 kilometres (270 mi) from the Kra Isthmus. The highest elevation of the island is usually regarded as Khao Mai Thao Sip Song (Twelve Canes), at 529 metres (1,736 ft) above sea level. However it has been reported by barometric pressure readings that there is an even higher elevation (with no apparent name), of 542 meters above sea level, in the Kamala hills behind Kathu waterfall.

The west coast of the island has a number of popular sandy beaches. The most popular is Patong Beach on the central west coast, and the area has become increasingly developed. Patong means “the forest filled with banana leaves” in Thai. South of Patong lie Karon Beach, Kata Beach, Kata Noi Beach, and around the southern tip of the island, Nai Han Beach and Rawai. To the north of Patong are Kamala Beach, Surin Beach, and Bang Tao Beach. 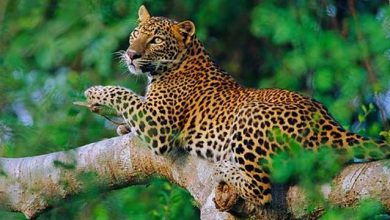 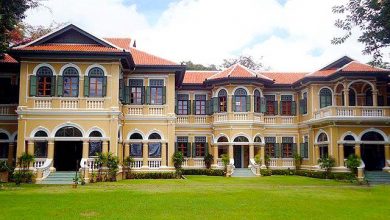