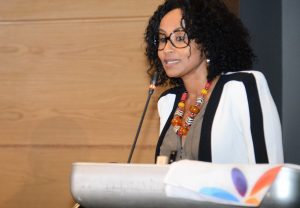 Victoria, Mahe (Seychelles) – February 15, 2019 (travelindex.com) – Last weekend’s Vanilla Islands Ministerial Meeting saw Faouzia Vitry, the Vice President of the Regional Council of Reunion Island remind the opening ceremony of the meeting that no one could talk about the Indian Ocean Vanilla Islands without being reminded of Alain St.Ange, the former Tourism Minister of Seychelles who was not only one of the main personalities who helped create the regional organisation, but he was elected its First President.

Last weekend it was again Seychelles who took over as President of the Vanilla islands, a position that is now assumed on a rotational basis.

Delegations from the Member States were present in Seychelles for this Ministerial Meeting.

Anantara Hotels Brings its Experiential Luxury to the Netherlands